Cartagena Nightlife is quite lively. From sultry salsa sounds to hip hop, electro and reggaeton (a kind of hip hop-miami bass hybrid), the abundant nightclubs of Cartagena attract hordes of locals and tourists every night of the week. For those who like their nights a little more laid back, there is plenty of opportunity to relax with a meal and a drink, and take in some live music. Dancing is a big part of Cartagena nightlife, so visitors who know a few salsa steps will have plenty of opportunity to strut their stuff. Don’t worry if you have two left feet, however – just sitting back and watching the famously attractive locals light up the dancefloor is worth the entrance fee.
Nightclubs in Cartagena, The greatest concentration of nightclubs and bars in Cartagena can be found in and around the city’s historic center. The neighborhood of Getsemani, which also boasts some good value accommodations, is packed with lively nightspots – particularly along Calle del Arsenal. The strip opposite the clock tower within the walled historic center is also busy. Most clubs will charge a cover of around US$10 – which will often include a couple of drinks. For some good live salsa, La Carbonera, on Calle del Arsenal, is a popular choice. Trendy young locals flock to Cafe del Mar, on Calle Estribos, while an older crowd heads to Bar Comarca, at Calle Santo Domingo 2-38.
Cartagena Bars. At night,the walled city absolutely transforms from a picturesque, historical village to a moving, writhing serpent.
If you’re looking to beat the crowds and maybe check out the scene a little beforehand, go in the early evening, just after dusk.
If you’re already familiar with the layout and you just want to get your groove on, things are usually start to kick off around 11pm and are in full swing by midnight. 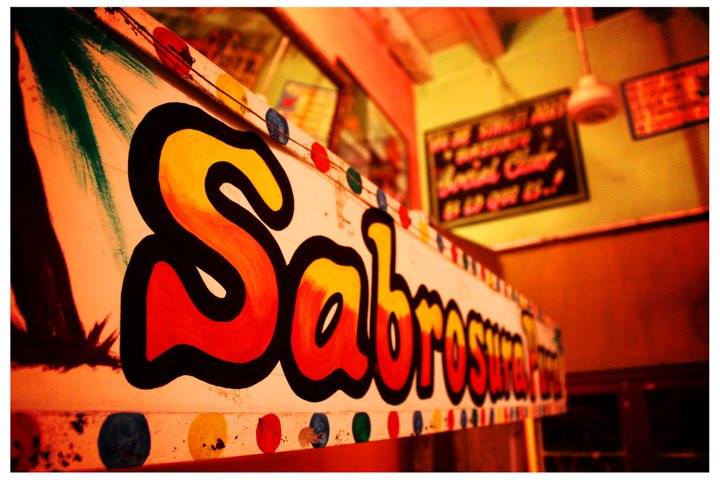 Widely considered one of the best spots in Cartagena, Bazurto Social Club is famous for its exclusive daytime restaurant specializing in tantalizing seafood dishes, and transforming at night to a dazzling, hopping nightclub where you can enjoy both local and international hits. Cafe del Mar is situated atop the Baluarte Santo Domingo, the westernmost point of Cartagena’s 17th century fortifications, this upscale lounge affords a spectacular vista with 360 degree sight lines over both the Carribean sea and the entire old city. At midnight head on over to Mister Babilla to join the bus loads of chicas in wild rumba! Since early 1991, revellers have enjoyed the after-hours sensation of Tu Candela, located in front of the Clocktower, next to Donde Fidel. 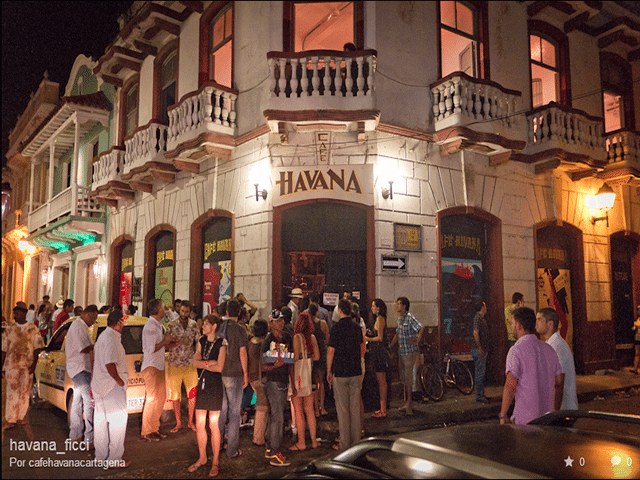 Whether you want to dance with your friends or sit back, relax and watch everyone else, Cafe Havana is an excellent place to enjoy the best music 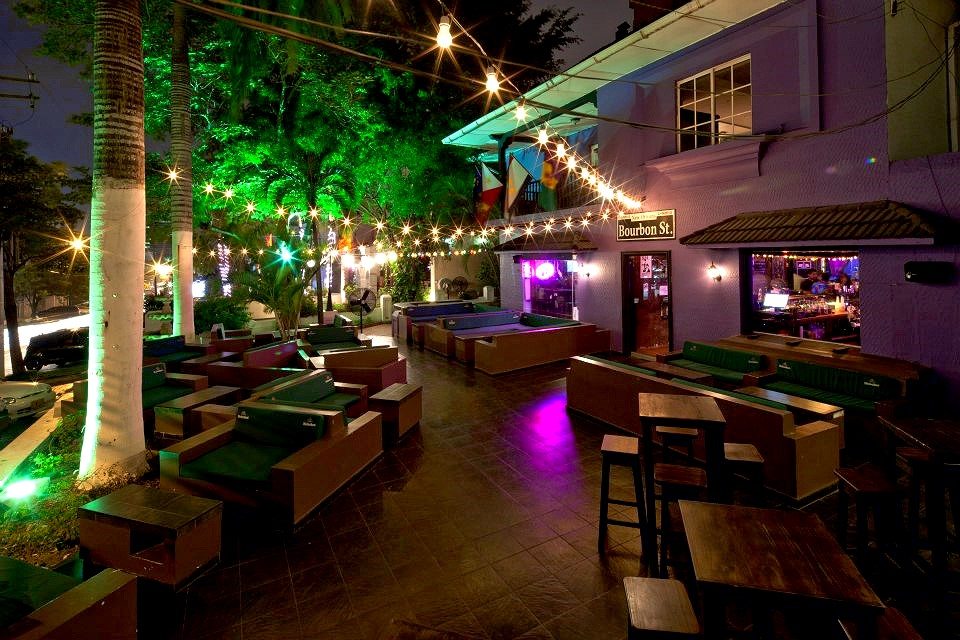 What appears to be a direct transplant from New Orleans, this French Quarter-inspired saloon has everything you could want for an evening with friends. Small and intimate, Babar Lounge is also upscale and trendy. Typical of the latest Miami night-clubs, there’s a smart dress code in effect and the atmosphere is chic, stylish and ultra-modern. For cold, tasty beer and great salsa beats, the place to be is Donde Fidel.

Located in what used to be a two-story mansion constructed in 1910, Cartagena’s newest and hippest cocktail bar, Alquímico, is taking Cartagena’s cocktail culture to the next level.

El Bar del Sur, aka The Bar of the South is cool, I mean damn cool and comparable to some of the coolest bars found in big cities all over the world. 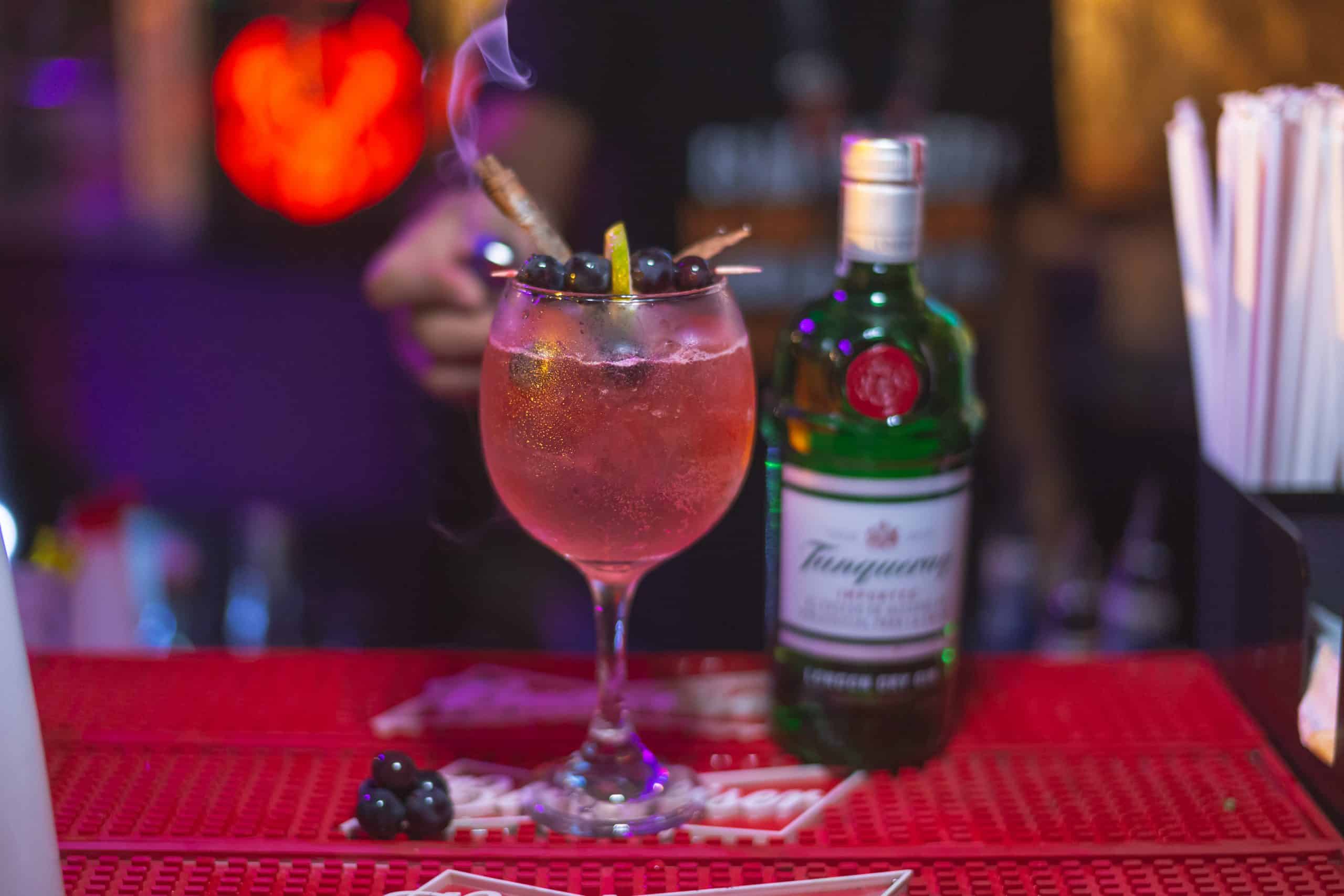 If you’re looking for a spot to kick back and relax, watch some sports, have a couple cold ones and listen to some not so typical Colombian music then The Clock Pub is the place to be.